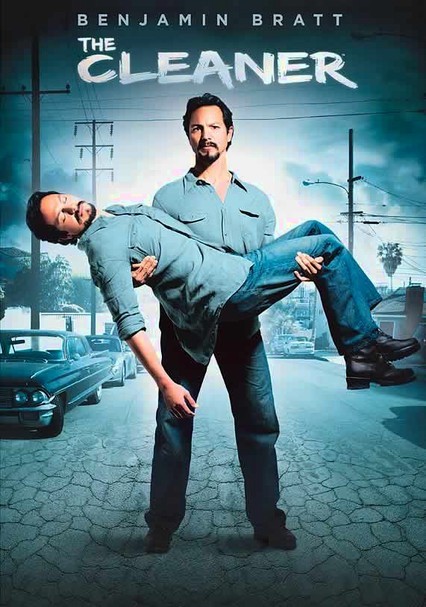 2008 TV-14 2 seasons
While recovering from an addiction to drugs, William Banks dedicates himself to helping others climb out of their own psychological traps, resorting to extreme methods if he believes they'll help his interventions succeed.

In this gripping series inspired by actual events, Benjamin Bratt stars as "extreme interventionist" William Banks, a former drug addict who talks to God and now spends his time helping other users turn their lives around.

In Season 2 of this intense TV drama, addict-turned-recovery-counselor William Banks reflects on his own shadowy past as his team employs some highly unorthodox -- and sometimes legally suspect -- methods of wrangling clients into treatment.

Parents need to know that, due to the drug/addiction-focused subject matter, this show isn't age appropriate for tweens or younger teens. Main characters smoke cigarettes and drink -- but that almost seems beside the point considering that plenty of others snort and shoot heroin, rob their parents to fund their crystal meth addictions, and worse. For the most part, sexual content stays at the innuendo level, although the sexual tension between certain characters is palpable enough. Some swearing along the lines of "ass" and "damn," and some physical scuffles and gun use.

Plenty of sexual innuendo, but nothing graphic shown. One female character is particularly sexual; for example, she talks about "dropping trou," makes a veiled reference to the size of a man's genitalia, and slept with her boss while he was separated from his wife.

Occasional physical violence between characters involving small amounts of blood. The main characters don't use guns, but others do.

There are no cut-and-dried heroes here. The main character -- a former drug addict who made a deal with God and now helps other addicts -- is a complicated role model. And he's far from perfect when it comes to his personal life. Other characters (the addicts the main character helps) routinely do things like steal from family members to fuel their habits.

The show centers on various forms of addiction, so the drug and alcohol content runs the full gamut. Characters smoke cigarettes and drink alcohol, as well as smoke crystal meth, shoot heroin, and more.