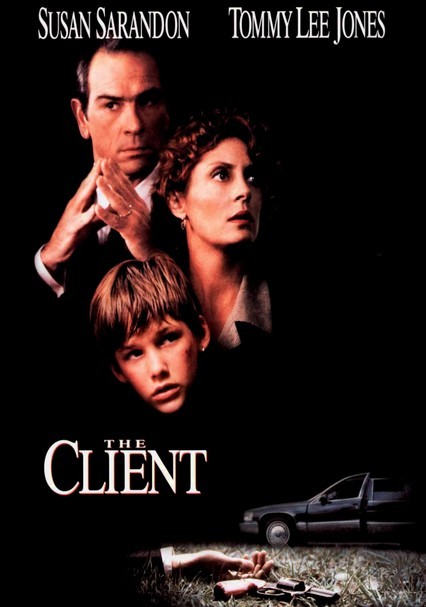 1994 PG-13 2h 1m DVD
After witnessing the suicide of a lawyer whose client is in the mob, 11-year-old Mark Sway (Brad Renfro) seeks the aid and protection of lawyer Reggie Love (Susan Sarandon), while federal prosecutor Roy Foltrigg (Tommy Lee Jones) hopes to use the boy to bring down a mob family. Sarandon earned a Best Actress Oscar nomination for her performance in this tense legal thriller based on the best seller by John Grisham.

Parents need to know that threats of violence and death, often directed against an 11-year-old boy, are constant here. The movie begins with him almost becoming a victim in a murder-suicide (showing how to rig up a car exhaust as a suicide device in the process). Young Mark is no angel, swearing at PG-13 level (as do most other characters) and smoking. Both Mark's family and Reggie's have been ruined by drinking and divorce.

A threatened murder-suicide, with a child as a potential victim. Shooting, and a tackle/beating, and one character blows his brains out (just offscreen). There's an arson fire and threats of stabbing and torture. Quick shot of a rotted corpse.

Rebellious boy hero Mark is resourceful, and also ethical enough to try and stop a total stranger committing suicide. He still needs to be dissuaded from using violence as a solution in the end. Police officers and public prosecutors are portrayed as menacing or selfish characters who threaten Mark -- with the exception of the African American judge and Reggie, who is like a mother figure.

Mostly local-color connections to Memphis and Elvis tourism, and the natural tie-in to John Grisham books.

Mark smokes cigarettes and "protectively" orders his little brother not to smoke more than one per day. Mark is asked if he does harder drugs. Statements of drug abuse in Reggie's past. Massive drinking by the suicidal lawyer.