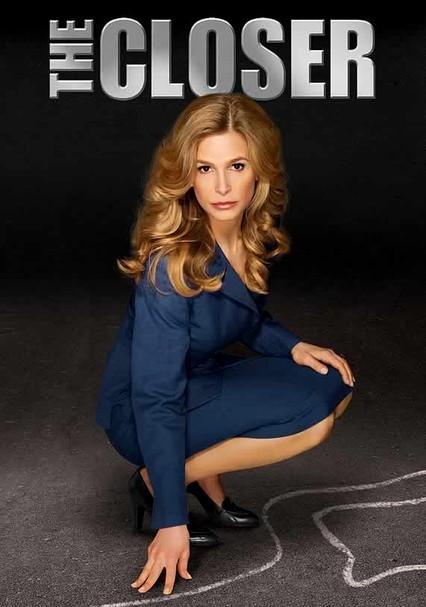 2005 TV-14 6 seasons
Kyra Sedgwick stars in this Emmy-winning cop drama as Dep. Chief Brenda Leigh Johnson, a CIA-trained interrogator now working for the LAPD, where she uses charm and a disarming Southern drawl to get confessions out of the wiliest murderers. She uses peculiar methods that often infuriate her boss (J.K. Simmons), but Brenda and the detectives in her major case squad (including Corey Reynolds and G.W. Bailey) always close the case.

In this original crime series from TNT, deputy police chief Brenda Leigh Johnson (Emmy-winning Kyra Sedgwick) heads up a special unit of the LAPD that investigates high-profile murder cases. Johnson's new colleagues (J.K. Simmons, Robert Gossett and Jon Tenney) initially roll their eyes at her offbeat ways and in-your-face approach. But her exceptional interrogation skills have a way of winning them over.

Kyra Sedgwick earned a Golden Globe Award for her turn as unassuming Deputy Chief Brenda Johnson, a Los Angeles homicide cop whose sweet Southern drawl belies her tough-as-nails confession-getting tactics. The second season of this TNT original series finds Brenda solving the murder of a woman who was killed during dinner; tracking down the person who axed a celebrity photographer; and trying to keep her 40th birthday from her colleagues.

L.A.'s top high-priority homicide detective, Brenda Johnson (Emmy nominee Kyra Sedgwick), returns to tackle more intriguing cases, such as the reappearance of a wanted psychopath, while trying to maintain her relationship with her fiancé, Fritz (Jon Tenney). This exciting and powerful fourth season blazes onto the screen as a murdered body is discovered in fire-ravaged Griffith Park.

Georgia detective Brenda Johnson (Emmy winner Kyra Sedgwick) transfers to the Los Angeles Police Department to head up the Major Crimes Division, where her Southern charm and well-honed interrogation skills help her elicit confessions from even the toughest criminals. In the fifth season of the popular crime series, Brenda adjusts to her division's new role investigating kidnapping and fraud as well as high-profile murders.

The indefatigable Brenda (Kyra Sedgwick) has a full slate of cases to close in Season 6 of TNT's police procedural, including the mysterious deaths of an actress, a chauvinistic Internet bigwig, a nanny and two paramedics. As with previous cases, nothing is as it seems at first glance; it's up to Brenda to unearth the truth while juggling the politics of the precinct and the demands of her personal life.

In her seventh season of working headline homicide cases for the LAPD, Deputy Chief Brenda Johnson has to get used to her sleek new offices, and also decide where she stands in the political jockeying behind the hiring of a new police chief.