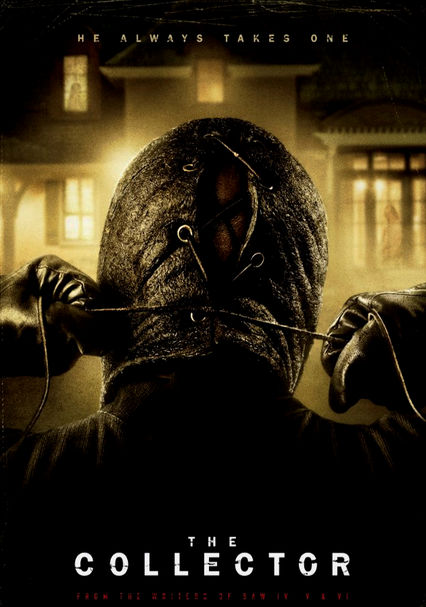 2009 R 1h 28m Blu-ray / DVD
Desperate to be free of his financial debt to his ex-wife, Arkin breaks into his employer's house to snag a jewel he knows will buy him independence. Too bad for him, someone else has gotten there first. Now, Arkin just wants to survive the night.

Naked breasts are shown (both during a make-out scene and in strip-club scenes). Some kissing and discussion of "doing it" between a teen couple. A couple that's passionately kissing and touching (with her topless) is interrupted by a creepy killer watching them ... and then a series of deathtraps. Some frisky talk between a married couple before they're interrupted by a killer.

Constant, extreme, bloody violence as a serial killer dispatches his victims. People are forcibly abducted; a man is hauled off his feet by a winch, then let go to fall three stories; a bound woman has her mouth sewn shut; an acidic glue entraps a cat; a cat is sliced in half by a guillotine. A young man is killed by falling into a vast sum of bear traps. Another is eviscerated, and the camera lingers on his body. A young woman is hurled onto a wall covered with spikes. A chandelier festooned with knives falls onto a man. A man is struck in the eye by a hurled knife. A violent car crash. A dead man's body is used as a battering ram. A dog tears out a man's throat (the dog is later killed, set aflame, and used as a weapon). And much, much more.

Nihilistic and bleak, the movie's cental mesage seems to be that killing is wrong ... but looks super cool if you film it right.

A car is identified as a Mustang.

A character smokes; a teen pesters him for "a drag," and he complies.