The Colossus of Rhodes 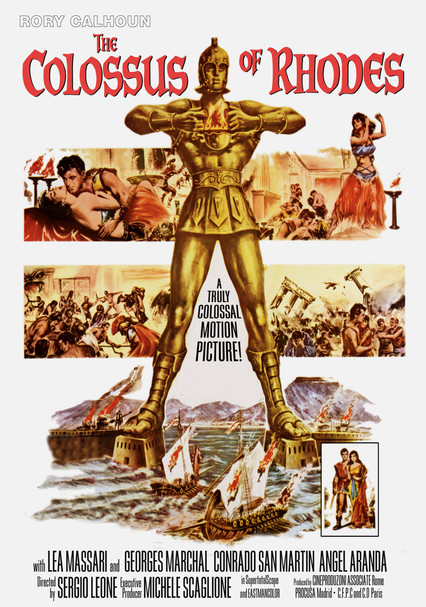 The Colossus of Rhodes

1961 NR 2h 8m DVD
When Greek warrior Darios (Rory Calhoun) arrives in Rhodes in 280 B.C., he finds it under the thumb of the dictatorial King Serse (Roberto Camardiel). Under the watchful eye of the massive statue of Apollo, Darios romances Diala (Lea Massari) and joins Peliocles (Georges Marchal) in his rebellion against Serse. Director Sergio Leone's debut film is set against the backdrop of one of the real-life, albeit now toppled, Seven Wonders of the World.