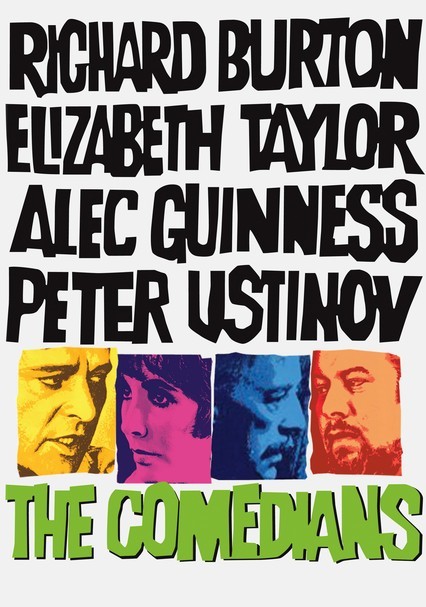 1967 NR 2h 32m DVD
Famous couple Elizabeth Taylor and Richard Burton team up in this drama based on Graham Greene's novel. During the era of Papa Doc Duvalier's despotic rule of Haiti, hotel owner Brown (Burton) watches as both his adopted country and his inn start crumbling. To drown his worries, he throws himself into a passionate affair with the wife (Taylor) of a South American diplomat (Peter Ustinov). Alec Guinness, Lillian Gish and James Earl Jones co-star.