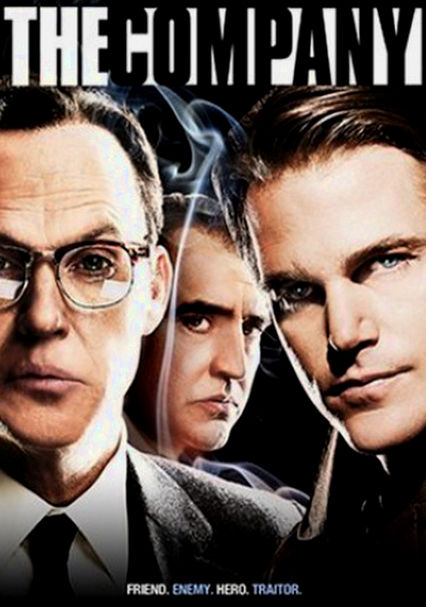 2007 NR
Inspired by the book by Robert Littell, this historical miniseries follows rookie CIA agent Jack McCauliffe (Chris O'Donnell) as he trains under the watchful eye of mentor Harvey Torriti (Alfred Molina), aka the Sorcerer, during the Cold War. Meanwhile, fellow agent James Angleton (Michael Keaton), aka Mother, is driven to a near-breakdown by the hunt for a mole in the agency. Alessandro Nivola and Natascha McElhone co-star.

Parents need to know that this dark political thriller maintains a mysterious, foreboding tone that may unsettle sensitive viewers. Several violent incidents occur throughout the series, including murders, but many of these events are filmed from a distance. And the camera doesn't linger on victims or gore, focusing on evoking psychological tension more than visual shock. Several characters drink and smoke obsessively. Some scenes show people who are happily intoxicated, while others involve a bitter alcoholic. Romance is a big part of the series, so kissing, passionate embraces, and occasional references to sex appear. Some war scenes appear, as well as subtle references to gang rape.

Lots of romance, including kissing, subtle talk about sex, and some scenes with couples in bed together (nothing graphic shown).

Guns appear frequently -- for both target practice and as weapons that kill people. Discussion of war, massacre, rape. Some instances of kidnapping, terrorism, etc. But not much blood or close-up scenes of death.

The main character is a good guy with strong patriotic beliefs. Around him are a collection of characters -- some good, some bad, most a mix of both. Lots of double-crossing, lying, unsure loyalties. Prejudices against nations, ethnicities, religions, and more help re-create the era.