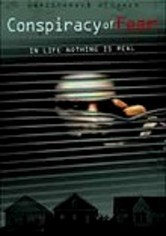 1996 R 1h 50m DVD
When his father dies under mysterious circumstances, Chris King (Andrew Lowery) barely has a chance to grieve before he finds himself a hunted man, as assorted baddies try to get their hands on a package they think he's inherited. Pulled into a world of deceit and murder, King teams with a beautiful thief to uncover the conspiracy behind his father's death in this made-for-TV movie co-starring Christopher Plummer, Leslie Hope and Kenneth Welsh.