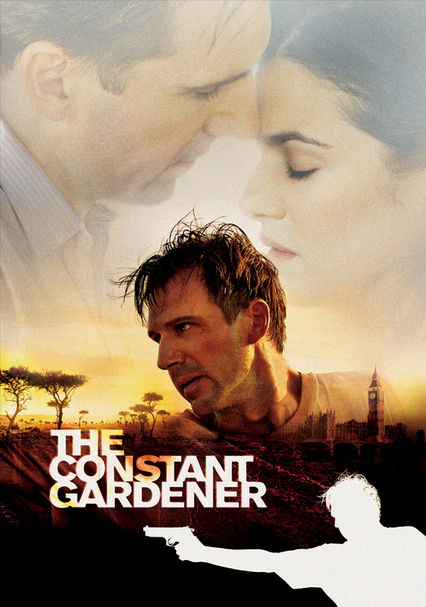 2005 R 2h 9m DVD
Justin Quayle, a member of the British High Commission based in Africa, launches a quest for the truth and begins his own international investigation when his wife is murdered. But he uncovers a conspiracy more dangerous than he could have imagined.

ThrillersMysteryPolitical DramasDramas Based on Contemporary Literature

Parents need to know that the movie begins with an abrupt, violent car crash scene resulting in two deaths. The film features complex betrayals (personal, corporate, and political) that will be difficult for younger viewers to follow. It also includes images of impoverished and ailing individuals in Kenyan villages and hospitals, violence (men on horseback chase after villagers), chase scenes, and brief sexuality (a soft-filtered, loving scene with the couple nestled in white sheets). Some language (uttered in anger), and much discussion of disloyalty, lies, and greed on the part of British government officials and international drug corporations.

Used in anger or frustration.

Government and corporate corruption, lies and arguments between friends.

Discussion of drugs products and patents.