The Cop in Blue Jeans 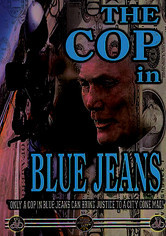 The Cop in Blue Jeans

1976 NR 1h 31m DVD
Detective Nico Giraldi (Tomas Milian) goes undercover to investigate a series of purse snatchings committed by the Baron (Guido Mannari) and his violent motorcycle gang. When one of the thieves steals $5 million from a wealthy but corrupt American businessman (Jack Palance), murders occur in retaliation. In the name of justice, Giraldi vows to bring down both villainous empires!