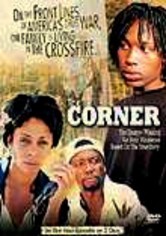 2000 TV-MA 2 discs
In this HBO miniseries about a family struggling to survive in the ghetto, a teenager (Sean Nelson) struggles to fight off the pressures of the street while his parents (Khandi Alexander and T.K. Carter) work hard to earn a steady income and establish a sense of normalcy, against long odds. Emmy Awards for Outstanding Miniseries were awarded to director Charles S. Dutton, his writing team and the show's producers.