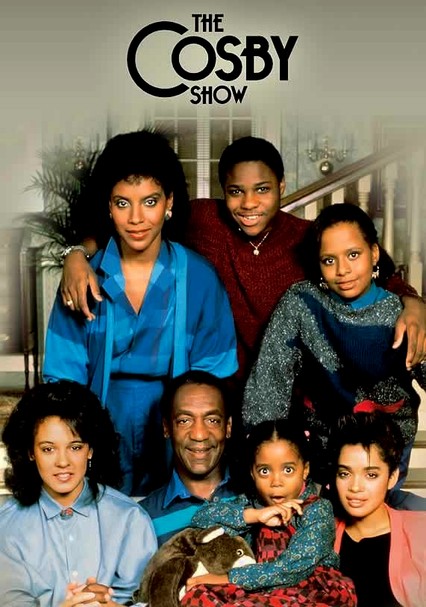 1984 TV-G 3 seasons
Bringing family-friendly silliness to this award-winning and groundbreaking sitcom, funnyman Bill Cosby stars as Dr. Cliff Huxtable, who with his lawyer wife, Clair (Phylicia Rashad), nurtures their five lively children with warmth, wisdom and laughter. While emphasizing creativity and education, the Huxtables guide their kids through the typical pangs of sibling rivalry and adolescent angst, and always find time to cultivate their marriage.

Season 4 of the beloved sitcom starts off with a big surprise for Cliff (Bill Cosby) and Clair (Phylicia Rashad) when newlyweds Sondra (Sabrina Le Beauf) and Elvin (Geoffrey Owens) announce that they're dropping out of law school and medical school to open a wilderness store together. Later, Theo (Malcolm-Jamal Warner) reels in a corpse on a fishing trip but is upstaged by Rudy (Keshia Knight Pulliam) when she discovers a nest of baby birds.

The Huxtable household is turned upside down in the fifth season of the Emmy-winning hit series. As Theo (Malcolm-Jamal Warner) heads off to college, Denise (Lisa Bonet) decides to drop out. Sondra (Sabrina Le Beauf) has twins, making proud grandparents of Cliff (Bill Cosby) and Clair (Phylicia Rashad). Ahmad Rashad and Debbie Allen (Phylicia's then-husband and sister, respectively) guest star this season, as do Naomi Campbell and Plácido Domingo.

Big changes are afoot at the Huxtable household in the seventh season of one of television's most-loved series. Cliff (Bill Cosby) finally convinces Denise (Lisa Bonet) to return to school, just as Vanessa is starting her first year of college. Rudy (Keshia Knight Pulliam) and Clair (Phylicia Rashad) face personal changes, and Theo (Malcolm-Jamal Warner) gets used to his own place. Leslie Uggams, Vanessa Williams and Red Buttons guest star.

Parents need to know that The Cosby Show is a classic family-friendly show that centers on an African-American family whose parents are educated professionals. Their parenting methods are gentle and trusting, and the kids respond with respect and a clear realization of what's expected of them. Nearly all of the comedy in the show relates to the family and childrearing. Very little of the subject matter will concern parents, which makes it an excellent choice for families.

Kissing between teenagers and their significant others, but nothing more.

Strong families, the importance of positive communication, the value of quality time spent with kids, taking responsibility for your actions, being proud of who you are, treating people fairly, etc.