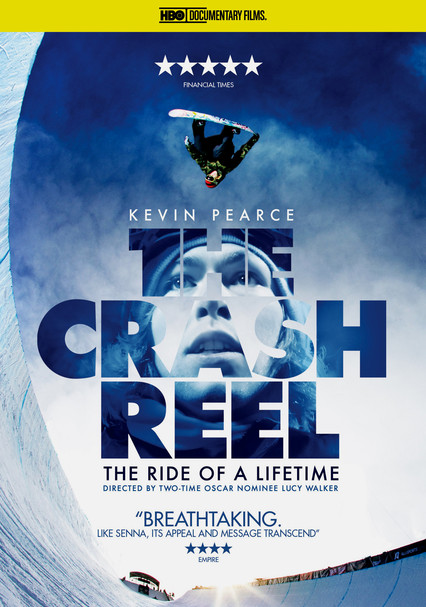 2013 NR 1h 48m Blu-ray / DVD
This documentary portrait of snowboard legend Kevin Pearce incorporates 15 years of footage, from his rivalry with childhood friend Shaun White, to his recovery from a traumatic brain injury he suffered while training for the 2010 Winter Olympics.

Parents need to know that even though The Crash Reel isn't completely issue free (there's some unbleeped swearing in the form of "f--k" and "s--t," and a few athletes are shown partying hard with alcohol), the film's thoughtful message is one that's well worth hearing for older kids -- especially those who might look up to extreme sports athletes like Kevin Pearce and his friends. Pearce's family is also a great example of unconditional love and support, tempered with common-sense concern for Kevin's well-being. Some brand names and corporate logos are present, but they're used as background in the context of sports sponsorships.

The film highlights the dangers of a sport that's pushing the limits of what's considered "safe" and raises thought-provoking questions about how much is too much. Friendship and family also emerge as major themes.

Some athletes are shown overindulging in one scene to celebrate a rider's 21st birthday, and there's talk of someone being "wasted" after a competition, but most point out they don't drink when they're training.