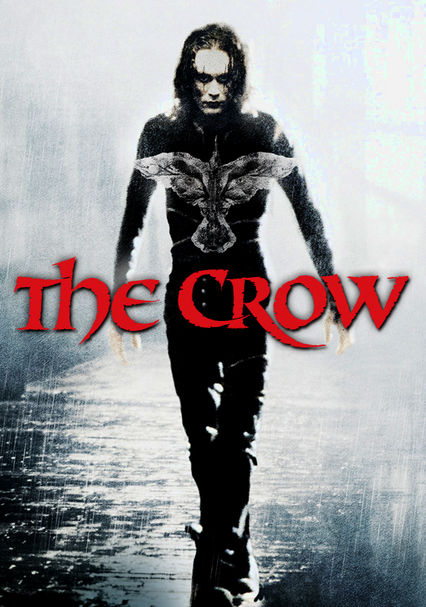 1994 R 1h 41m DVD
Exactly one year after young rock guitarist Eric Draven and his fiancée are brutally killed by a ruthless gang of criminals, Draven -- watched over by a hypnotic crow -- returns from the grave to exact revenge.

Parents need to know that this dark comics-based cult classic is packed with frequent ferocious violence and grisly death, plus a flashback of rape. Torture precedes a number of killings, with one character especially fond of gouging eyes. Expect some brief toplessness and strong hints of unconventional sexual activity. Profanity is frequent, especially "f--k." Cocaine, cigarettes, and lots of alcohol make appearances. Law and order is practically nonexistent.

One bare breast, plus cleavage-revealing and fetishistic outfits. Characters have drug-fueled sex. Eric and his fiancee in various states of undress in flashbacks of their love affair. The villain appears to have a kinky sexual relationship with his own stepsister (shown topless in the shower from the back).

Much blood and gore, with characters shot, stabbed, slashed, thrown from windows, exploded, hit with cars, impaled on gargoyles, burned, beaten, etc. Eyes are gouged out. Some individuals burned in the tongue, shot/stabbed through their hands, and otherwise tortured-mutilated (sometimes willingly). Violent rape seen in flashbacks.

Style far outweighs the substance here, with a basic endorsement of vigilante revenge-justice -- police are useless at stopping crime, so one victim resurrects as a ghost superhero to clean up the streets. Secondary message about power of love, even from beyond the grave.

Crime-lord villain snorts cocaine. A single mother shoots up morphine with a syringe. Another character pincushioned with hypodermic needles until he overdoses. Binge drinking and violent drinking games. Bad guys and good guys smoke mass quantities of cigars and cigarettes (but Eric warns a good guy he should quit).