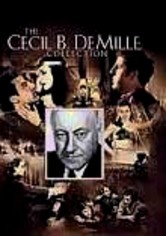 1935 NR 2h 6m DVD
Cecil B. DeMille directed this lavish epic about the holy wars, which earned an Oscar nod for Best Cinematography. In medieval Europe, the Christians are planning war against the Saracens, who have taken over Jerusalem. To finance the Christians' effort, England's King Richard (Henry Wilcoxon) weds wealthy Princess Berengaria (Loretta Young), but when Saracen leader Saladin (Ian Keith) kidnaps her, things get personal between the rulers.