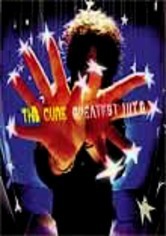 2001 NR 1h 0m DVD
This mix of live concert footage, classic performances and clips from music videos pays homage to The Cure, a British rock band from the 1980s and '90s known for their highly devoted fan base. Twenty-four tracks are featured in this compilation from the group led by front man Robert Smith. Songs include "Let's Go to Bed," "Just Like Heaven," "Lullaby," "High," "Friday I'm in Love," "Mint Car," "Wrong Number" and "Just Say Yes."