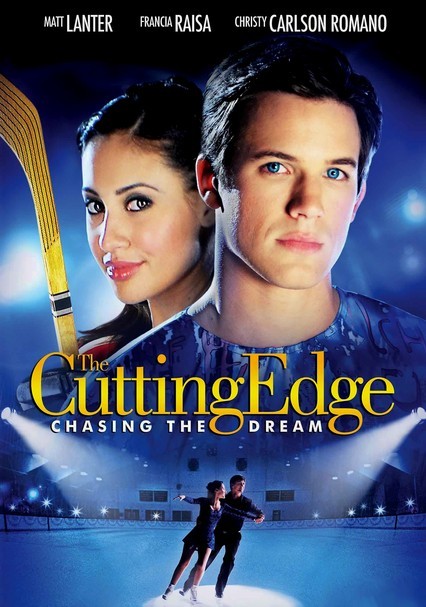 2008 PG-13 1h 40m DVD
After his skating partner is injured, handsome ice skater Zack asks hockey player Alejandra to join him on the ice. The new partners set their sights on an international competition, but it won't be easy, especially when love gets in the way.

Parents need to know that although this movie is tamer than the two Cutting Edge titles that came before it, there's some kissing and talk about sexual activity. In one scene, a woman's panties are held up as evidence that a main character was sleeping with someone; another character confesses that she slept with Celeste's fiancé. Zack and his new partner, Alex, are told not to sleep together and don't. There's not much language or drinking, and kids who watch may take away a positive message about working hard for your dreams.

Reference to sexual activity; a pair of woman's panties is held up to imply that a character had someone in bed with him. Other talk of sleeping together. But all that's shown is some kissing.

Two scenes in which skaters are injured on the ice. One woman slaps a man, and another flat-out decks someone. A hockey scene shows some checking.

There's some vague implication that main character Zack is gay -- and that there's something wrong with that. On the other hand, there's the gender flip -- with the girl as the hockey player -- and a strong message about the benefits of working hard and going for your dreams.

In one of the opening scenes, there are two almost-empty wine glasses; in another scene, two characters hold beer bottles at a celebration party.