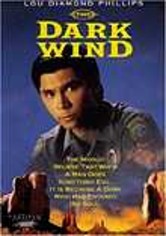 1991 R 1h 51m DVD
After a horribly mutilated Navajo Indian is found on Hopi land, Navajo policeman Jim Chee (Lou Diamond Phillips) is plunged into a mystery filled with drug dealers, FBI agents, witchcraft, politics and revenge -- but there's more to his troubles. He must tightrope between two worlds: Anglo and Indian. Fred Ward co-stars in and Errol Morris directs this film, which is based on characters from the series of novels by Tony Hillerman.

Genres
Drama, Crime Dramas, Mystery, Dramas Based on the Book