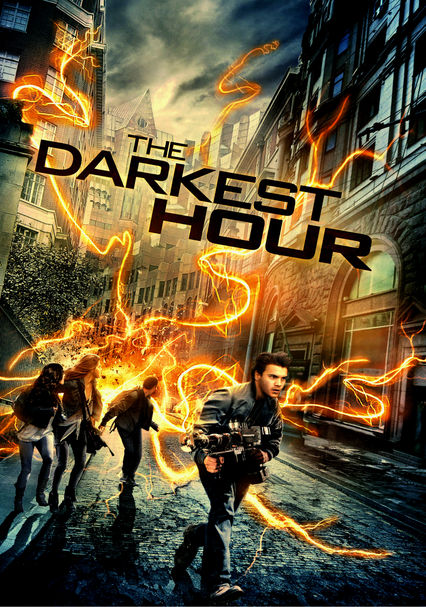 2011 PG-13 1h 29m Blu-ray / DVD
This sci-fi action thriller tracks the adventures of a group of young Americans touring Moscow who get caught up in an alien invasion. Despite the unfamiliarity of their surroundings, the Yanks quickly team up with the Russians to fight back.

Parents need to know that although this alien invasion movie has little blood and gore, there's lots of death, including main characters. The aliens are invisible, and the humans die in a puff of ashes. There's some mild flirting and innuendo; language is strong, with frequent use of "s--t." Characters drink vodka in a nightclub in one scene. The movie is set in Moscow, and viewers see two very prominent Russian McDonald's ads. Fans of this genre have seen better and could probably do worse, but most teens will probably find it a forgettable experience.

Main characters flirt in a nightclub scene, and there's some mild, brief innuendo. The female lead removes her shirt and is seen wearing a bra. There's a near kiss, which is interrupted.

Most of the human race is wiped out by an alien attack. Humans simply explode into ashes and disappear, with no blood or gore. Some main characters die. There are guns and shooting, a rocket launcher and flamethrower, explosions, and general chaos. Viewers see brief, scary alien faces. A dog is vaporized. Some brief arguing, and a violent zombie-shooting video game is quickly shown.

Amid the movie's war violence, young people in their 20s work together to solve problems. Main characters put their lives at risk to help others. And there's a sense of camaraderie among people from different cultures.

Russian McDonald's ads are shown twice, prominently, with the easily recognizable "M" in the foreground. There's also a Russian Starbucks, though the sign is less recognizable.

Characters drink vodka in a nightclub. No one appears drunk.