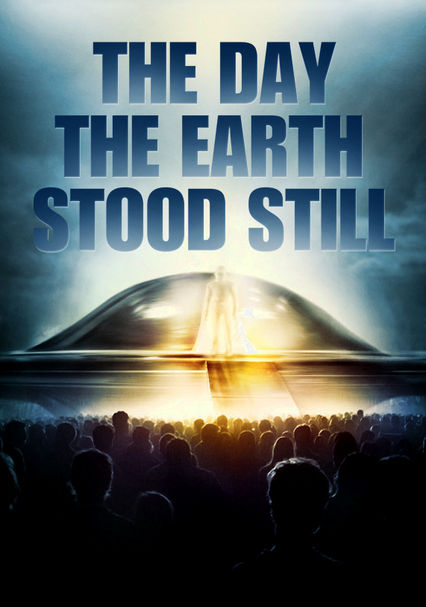 1951 G 1h 32m DVD
A humanoid envoy from another world lands in Washington, D.C., with a warning to Earth's people to cease their violent behavior. But panic erupts when a nervous soldier shoots the messenger, and his robot companion tries to destroy the capital.

Parents need to know that at the core of this film is the powerful, and potentially disturbing notion that because of Earth's volatility and war-addicted nature, the planet is in danger of self-destructing. The production is old-fashioned, with none of the gore, in-your-face brutality, or heavy realism seen in later science fiction movies. Government and military officials are shown as impulsive and violence-prone; in several action sequences, they threaten and shoot out of fear and without cause. There are tanks, all sorts of guns and weaponry and one character is shot on two separate occasions. An alien vaporizes threatening objects and demobilizes guards. In other suspense-filled moments the leads are seen running for their lives. Since it's set in the 1950s, many characters smoke.

People run in fear of an approaching spaceship. Army tanks and weaponry surround the spaceship; guns are drawn. A seemingly mild-mannered alien in human form is shot and injured by a panicky soldier. A robot vaporizes all the weapons in the area and later uses his powers to demobilize several guards. In a suspenseful sequence, the robot frightens a woman and carries her onto the spaceship. During the final conflict there are gun shots and a death occurs. There is a continuous threat of Earth being vaporized by the interplanetary presences.

The central premise is that Earth, unlike more advanced planets in the universe, is in danger of being destroyed unless the warring, hostile countries who share it can find common ground and learn to live in peace. Ignorance, pettiness, and fearfulness have frightening consequences.