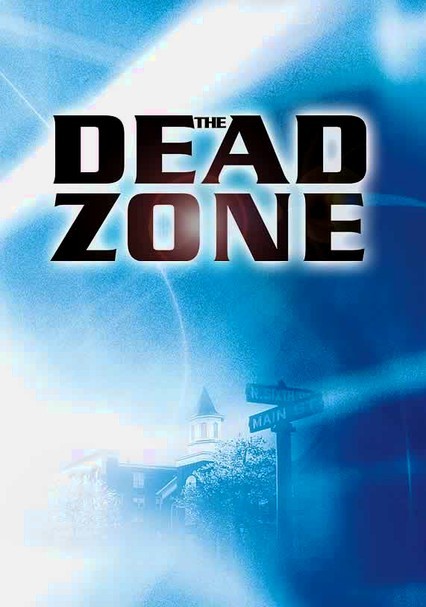 2002 TV-PG 5 seasons
In this sci-fi TV series inspired by Stephen King's novel, former teen star Anthony Michael Hall reemerges as Johnny Smith, a seemingly ordinary man who awakens from a six-year coma to find he has the ability to see into other people's futures. At first, the local sheriff (Chris Bruno) -- who's now married to Johnny's onetime fiancée (Nicole de Boer) -- sees Johnny's gift as a liability. But his powers ultimately prove to be invaluable.

The second season of the TV adaptation of Stephen King's best-selling novel comes to life with even more plot twists than the first season. After a near-fatal car wreck, Johnny Smith (Anthony Michael Hall) is left in a coma for six years. When he awakens, he discovers he's developed astonishing psychic powers that allow him to see into the future life of anyone he happens to physically touch. King's trademark suspense runs strongly throughout.

Blending action, the paranormal and an ongoing search for justice, the hit television adaptation of Stephen King's best seller returns for a third season -- with a cliff-hanger that will leave you begging for more.

Anthony Michael Hall continues his mind-boggling role as psychic Johnny Smith in the thrilling fourth season of USA Network's action-packed series based on Stephen King's novel. In between his heroic deeds this season, Smith comes close to unraveling the mystery of his post-coma psychic powers and falls for another psychic (Jennifer Finnigan). Guest stars include Sean Patrick Flanery, Danny Masterson and Edward Asner.

As Season 5 of this series based on the Stephen King novel opens, reluctant psychic Johnny Smith (Anthony Michael Hall) is racing to stop a wedding he knows will have disastrous consequences. From there, the adventures continue as Johnny tries to prevent a fatal multicar collision he's foreseen, pursues a would-be vice presidential assassin, gets drawn into a bank robbery, helps investigate a hate crime and more.

Thrust into the role of psychic after a near-fatal accident, Johnny Smith (Anthony Michael Hall) continues his efforts to prevent tragedies and disasters in the sixth year of the nail-biting sci-fi series based on Stephen King's novel. This season follows Smith and his colleague Greg Stillson (Sean Patrick Flanery) as they try to avert a catastrophe in outer space and help retrieve a stolen racehorse. Guests include Tom Skerritt.

Parents need to know that this sci-fi drama based on a Stephen King novel depicts supernatural powers, crime, murder, and conspiracy. Situations can be scary and sometimes involve children at risk. Several characters are shady, including a Christian church leader. Storylines involve intimate adult relationships and sometimes include potentially confusing messages about marriage and sex.

Murder, suspenseful situations, shooting, hate crimes -- not every episode includes graphic violence, but some do.

"Son of a bitch" and other lesser cursing.

The main character uses his powers for good, but some characters, including an evangelical reverend, are morally ambigious, and some are downright rotten. One African American character in an otherwise all-white cast.