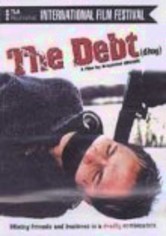 1999 NR 1h 46m DVD
Friends Stefan and Adam borrow start-up money from Gerard, a Russian acquaintance, to import Italian scooters into Poland. But Gerard's demands for payback quickly become unreasonable, forcing the young entrepreneurs to try and back out of the deal. Unfortunately, Gerard is having none of that! Stefan and Adam come to realize that their Russian "friend" is involved with the mafia and that backing out isn't allowed … ever.