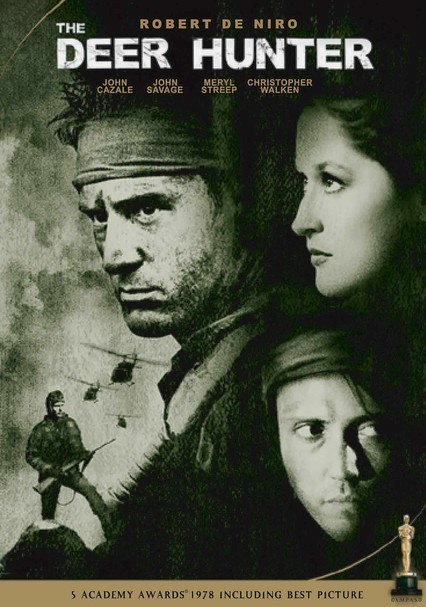 1978 R 3h 3m Blu-ray / DVD
In this Oscar-winning epic from director Michael Cimino, a group of working-class friends decides to enlist in the Army during the Vietnam War and finds it to be hellish chaos -- not the noble venture they imagined. Before they left, Steven (John Savage) married his pregnant girlfriend -- and Michael (Robert De Niro) and Nick (Christopher Walken) were in love with the same woman (Meryl Streep). But all three are different men upon their return.