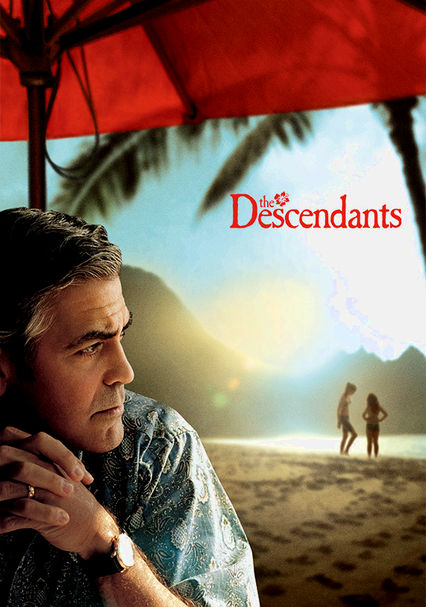 2011 R 1h 55m Blu-ray / DVD
With his wife on life support in the wake of an accident, an affluent landowner tries to mend his broken relationships with his daughters. All the while, he's weighing his marriage -- and the decision to sell land his family has owned for decades.

Parents need to know that this quietly powerful George Clooney dramedy from the director of Election and Sideways careens between dark and light moments in a snap -- and some of the dark moments are really dark. Because of this heaviness and the movie's mature subject matter (death, infidelity), The Descendants is too much for younger teens and tweens, even though the cast prominently features a 10-year-old (who cusses) and her older teen sister (played by The Secret Life of the American Teenager's Shailene Woodley). There's also a fair amount of swearing (including "f--k" and "s--t") and some underage drinking, including one scene in which a teen girl is caught drunk.

Revelations of infidelity and discussions about halted sex lives. A man kisses another man's wife.

A woman lies in a coma after a boating accident, and there are plenty of close-ups of her at the hospital that could be upsetting for younger viewers. A man screams at his wife and at a couple; a daughter bickers with her father. A grandfather punches a high-schooler.

Although the movie presents families as murky, dysfunctional messes, it's also saying that even the smallest sliver of forgiveness has a way of illuminating the dark. And when things get overwhelming, ride them out -- just be, and you'll find equilibrium soon.

References to a teenager having trouble with drugs and alcohol. Her father and a school official catch her drunk on a beach. Social drinking in pubs and at parties.