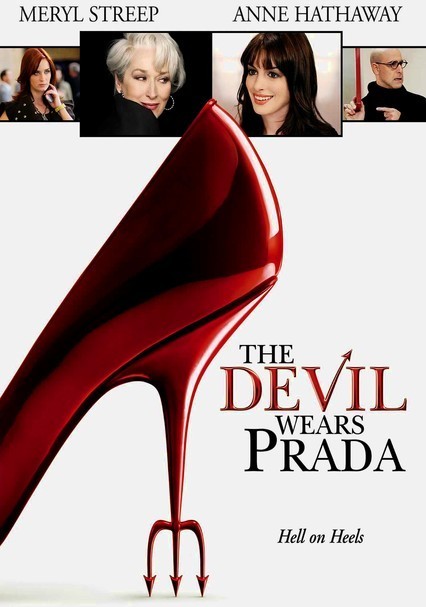 2006 PG-13 1h 50m Blu-ray / DVD
After taking a job in the Big Apple as assistant to powerful fashion magazine editor Miranda Priestly, small-town girl Andrea is thrilled, until the magic wears off. She's left feeling battered, used and wondering whether the hard work will pay off.

Parents need to know that the movie features cruel judgments about body size and fashion. Characters are materialistic and catty (usually as comedy, though some hurtful comments are also made). Characters use mild language (s--t) and drink alcohol. Lots of mentions of high-end fashion brands. Younger kids won't be interested, since the subject matter won't mean anything to them.

Some sexual allusions ("I can think of something we can do that doesn't require any clothing"); Andy has sex with writer on their first date (after admitting she's drunk), then regrets it.

Girl hit by taxi flies over hood to the street, ends up in hospital with bruised face and broken leg.

One "a--hole," a couple of "hells," several s-words (Andy unleashes a stream of them during one upset).

Both arrogant and insecure, fashionistas lie and betray one another; heroine maintains moral compass.

Social drinking at parties and restaurants; Andy drinks wine at home and gets tipsy on a date.