The Dialogue: An Interview with Screenwriter Nia Vardalos 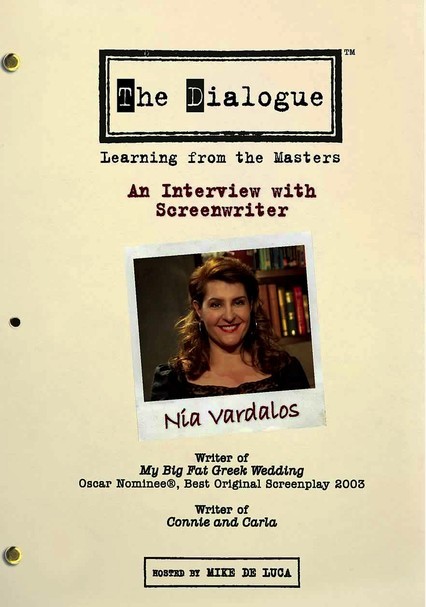 The Dialogue: An Interview with Screenwriter Nia Vardalos

2007 NR 1h 20m DVD
Academy Award-nominated screenwriter Nia Vardalos, who had a huge hit with her debut screenplay, My Big Fat Greek Wedding, opens up to host Mike De Luca in a frank discussion. She shares her thoughts about the style of laughter she prefers, how her involvement with the comedy troupe Second City improved her writing and acting skills, and what she considers the toughest part of writing.