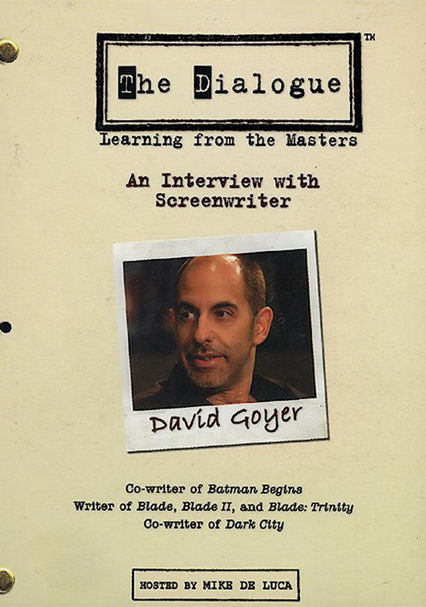 2006 NR 1h 19m DVD
David Goyer, the prolific screenwriter behind such films as Batman Begins, Dark City and the Blade trilogy, opens up his bag of writing tricks in this in-depth interview. Goyer shares valuable insights into the craft of screenwriting, including how to win over a room of Hollywood execs, how to write can't-miss character descriptions and more. In addition to discussing his filmography, Goyer also explains how he wrote his favorite scene.