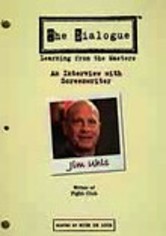 2006 NR 1h 23m DVD
In this installment of the Learning from the Masters series, screenwriter Jim Uhls explains how he wrote the screenplay for Chuck Palahniuk's seemingly unadaptable novel &NFiFight Club&NFi_;, which became the subversive 1999 hit directed by David Fincher. Uhls describes how to adopt a journalistic strategy when developing a killer pitch, as well as his peculiar approach to interviewing his own characters.