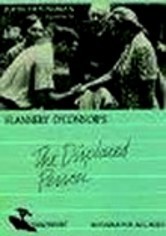 1977 NR 0h 58m DVD
A widow (Irene Worth) disturbs the social order of 1940s Georgia when she allows a family of Polish World War II refugees to live on her land in this adaptation of Flannery O'Connor's story. Suspicious of the new farmhands' industriousness, the locals devise a plot to get rid of the foreigners. Henry Fonda introduces the story; John Houseman, Shirley Stoler, Lane Smith, Robert Earl Jones and a young Samuel L. Jackson co-star.