The Divorcee / A Free Soul 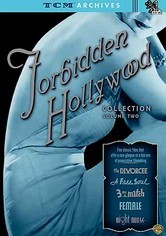 The Divorcee / A Free Soul

1930 NR 2h 55m DVD
Norma Shearer is at the top of her game in this double-dip of pre-code Hollywood hits. The Divorcee earned Shearer the 1930 Best Actress Oscar for her portrayal of a New York City party girl who gets caught up in a painful circle of adultery. In A Free Soul, she stars as a socialite whose affair with mobster Clark Gable raises the ire of his lawyer… and her father, played by Lionel Barrymore (who won the Best Actor Oscar for his performance).