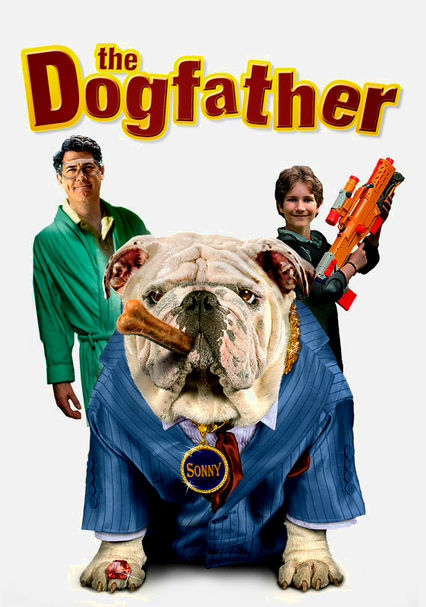 2010 PG 1h 28m DVD
A mobster is distraught when his beloved bulldog, Sonny, goes on the lam after swallowing a valuable ring. Sonny is adopted by a family headed by frazzled dad Ben (Chris Parnell), but little does Ben's brood suspect that the Mafia is searching for their new pooch. Twelve-year-old Josh (William Cuddy) is thrilled with his pet, and when the don's henchmen kidnap Sonny, the entire family joins in the hilarious battle to bring him home.

Parents need to know that The Dogfather is a 2010 movie full of pratfalls and potty humor. The portrayals of Mafia guys veer dangerously close to stereotyping of Italian-Americans. Kids in the movie stage fake battles with Nerf guns, and in one scene, they attack bad guys while copying the behavior of war scenes, culminating in a father pretending to "take a bullet" for his son and dog when one of the bad guys shoots a giant Nerf gun at them.

Slapstick/physical comedy. A dog bites a man in the groin area. A girl kicks a man in the crotch. While in pursuit of a runaway dog, a man steps on a rake, causing the handle to hit him in the face. Another man in pursuit of the dog runs into a tree. A father continually falls to the floor and ground, and is often knocked over while trying to take care of an adopted dog. Kids engage in pretend war activities while shooting Nerf guns at each other, later mimicking the action of a gun battle when they take on the bad guys. A father jumps in the line of fire of a Nerf gun fired by a bad guy, mimicking the action of "taking a bullet" for his son and dog.

Too silly and slapstick to offer any positive messages.

Nerf guns are featured prominently, as kids are shown staging fake battles with them and having fun.