The Dolphin: Story of a Dreamer 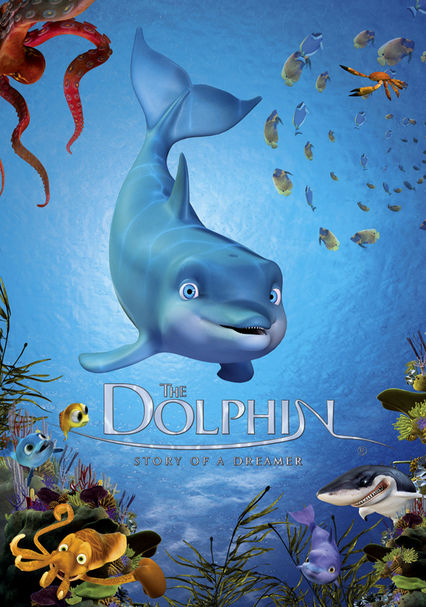 The Dolphin: Story of a Dreamer

2009 PG 1h 28m DVD
A teenage dolphin with a mind of his own sets out on a quest to explore the world beyond the safety of his family's favorite lagoon in this animated film populated by quirky underwater creatures.

Parents need to know that this atrocious CGI animated story of a young dolphin called by the sea to pursue his dreams should be avoided at all costs. For younger viewers, the "bad fish" chasing after the hero fish will surely give them nightmares with sharp pointed teeth and a mean demeanor. For children in general, the bizarre fart jokes early in the film may be immature even for them. For parents, the unpleasant characters, the trite exploration of "a hero's journey to make his dream come true," and the sub-par animation will leave them at best, bored, and at worst, angry that their kid's time was wasted watching this.

The evil fish -- Lucius -- is scary and chases Daniel ruthlessly. In fact, most of the fish, sharks, dolphins, manta rays, and whales, will make kids uncomfortable with their sheer ugliness: razor-sharp teeth, terrifying voices, angular movements.

Early in the film, a baby dolphin makes "fart bubbles," says they are his friends and that sometimes they help him to breathe, and then he swallows the bubbles. Later, Daniel claims a place he is visiting smells like "jellyfish poop."

As the voice of the sea says, "Never let fears stand in the way of your dreams." But the film is so poorly constructed, this message doesn't come through clearly.