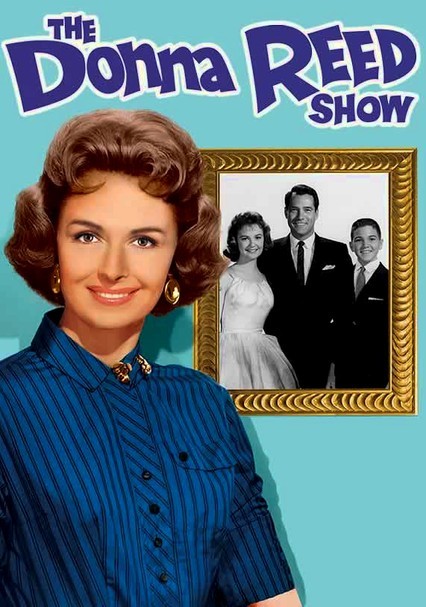 1958 NR 2 seasons
Donna Reed stars in this vintage television comedy as unflappable, composed Donna Stone, an archetypal American mom and homemaker who lovingly cares for her family, including pediatrician hubby Alex (Carl Betz) and fresh-faced kids Mary (Shelley Fabares) and Jeff (Paul Petersen). As Mary copes with boy trouble, Jeff obsesses over sports and Alex searches for his inner domestic, Donna, in her pearls, always rises to a challenge.

Easily one of television's most adored and longest-running sitcoms, "The Donna Reed Show" revolves around the wholesome, suburban exploits of the Stone family, anchored by the loving, dutiful housewife and mother Donna (Reed). The show's first season introduces us to Donna and the rest of the beloved Stone brood, including Alex (Carl Betz), the hardworking pediatrician father, and siblings Mary (Shelley Fabares) and Jeff (Paul Petersen).

Life in the Stone household continues apace in the second season of this sitcom starring the beautiful and imperturbable Donna Reed as mom Donna and featuring Shelley Fabares as teenager Mary and Paul Petersen as wise-cracking kid Jeff. With the boys beginning to buzz around the increasingly lovely Mary, dad Alex (Carl Betz) has his hands full in episodes that feature guest appearances by Esther Williams, Marion Ross and others.