The Donovan Concert: Live in L.A. 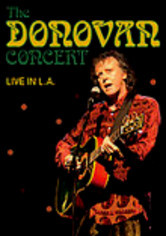 The Donovan Concert: Live in L.A.

2007 NR 1h 18m DVD
Legendary British pop musician Donovan takes the stage at the Kodak Theatre in Hollywood for this entertaining concert in which he performs classic hits such as "Mellow Yellow," "Colours," "Season of the Witch" and "Hurdy Gurdy Man." A benefit show for director David Lynch's meditation foundation, the concert features special appearances by the Beach Boys' Mike Love and Donovan's daughter Astrella Celeste.