The Dot ... and More Stories to Make You Feel Good 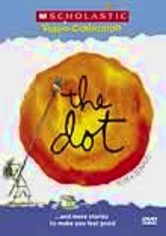 The Dot ... and More Stories to Make You Feel Good

2004 NR 0h 53m DVD
From Scholastic Video comes this inspirational collection of stories. In "The Dot" (narrated by Thora Birch), though a young girl can't draw, her dot makes a big splash at the school art show. "Amazing Grace," narrated by Alfre Woodard, chronicles a student who follows her dreams and wins a role in the school play, while "Brave Irene" (narrated by Lindsay Crouse) centers on a girl who battles the elements to make a delivery for her ailing mother.