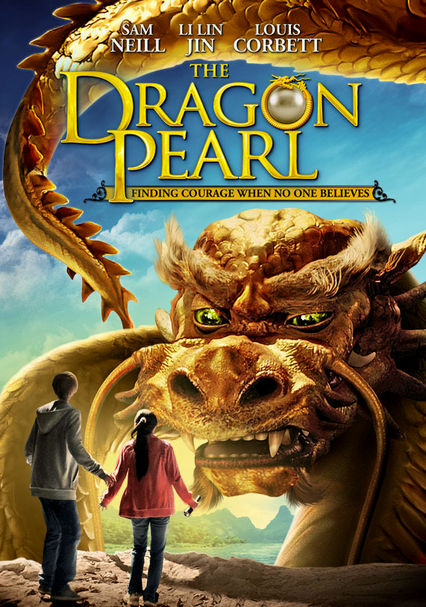 2011 PG 1h 34m DVD
Josh and Ling were expecting a boring vacation visiting each of their parents at an archaeological dig in China. But the new friends soon discover they're right in the middle of an adventure when they find a Chinese Golden Dragon.

Parents need to know that The Dragon Pearl is an exciting, live-action adventure (with a CGI dragon) that has multiple sequences in which the two young heroes are in danger. Despite these dangers, the film will be appealing and appropriate for most older tweens because the filmmakers have tried to minimize the actual violence using special effects and camera techniques. The dragon -- a heroic character -- snorts, growls, and has a ferocious face, but it is never truly a threat to the children. Set in China, the movie includes a few scenes that use simple subtitles, but the majority of the film is in English.

Several hand-to-hand battles using martial arts and various weapons: knives, spears, a broom handle. Efforts are made using special effects, slow-motion cuts, and close-ups to keep the action stylized rather than frightening, however the two kids in the midst of it are in danger in numerous scenes. The dragon is ferocious and powerful, but it is a hero from centuries past and is portrayed mostly as magical. There are falls, chases, as well as eerie suspenseful sequences in underground tombs, but no one is hurt or killed.

Promotes respect for cultural differences; values the legacy of myths and fantasy.