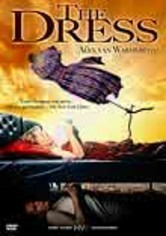 1996 NR 1h 43m DVD
Helmed by Dutch director Alex van Warmerdam, this provocative offbeat comedy recounts the odyssey of a jaunty blue dress -- from its genesis to its fiery demise when it's cremated along with its final owner. As the frock changes hands, it has a grim effect on those who come into contact with it, including a psychotic fashion designer, a middle-aged matron, a bag lady and an unhinged stalker. Annet Malherbe and Ariane Schluter are among the cast.