The Dukes of Hazzard: Hazzard in Hollywood 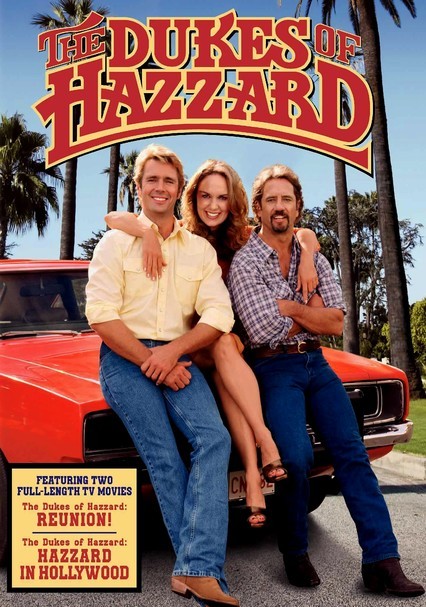 The Dukes of Hazzard: Hazzard in Hollywood

2000 NR 1h 28m DVD
To raise money for a new hospital in Hazzard County, the Duke boys (John Schneider and Tom Wopat) take cousin Daisy (Catherine Bach), Rosco (James Best), Cooter (Ben Jones) and Cletus (Rick Hurst) to Hollywood in hopes of landing a music contract. But when their recordings are stolen, the gang ends up on the run from a crazy mix of Russian gangsters, shady record promoters and hit men in this TV movie spinoff of the beloved 1980s series.