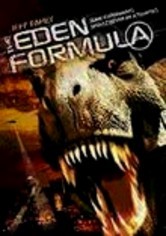 2006 NR 1h 32m DVD
When industry spies break into a top secret lab at Calgorin Industries, a genetically engineered Tyrannosaurus rex is accidentally unleashed on the city of Los Angeles. Now, the only hope of stopping it lies in sexy Calgorin exec Rhonda Shapton (Dee Wallace-Stone) and Dr. Harrison Parker (Jeff Fahey), the scientist who invented the formula used to reproduce the prehistoric specimen in the first place.