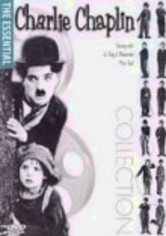 1919 NR 1h 59m DVD
One of the most iconic and influential figures in cinema history, there'll never be another Charlie Chaplin. This collection features The Kid, one of Chaplin's early forays into feature film and the one that would confirm his genius once and for all. In The Kid, Chaplin's Tramp discovers an abandoned baby and decides to raise the boy as his own. Also featured in this volume are the shorts "Sunnyside" and "A Day's Pleasure."