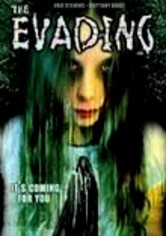 2007 NR 1h 38m DVD
Depressed and delusional over the death of his wife, Josh Carter (Eric Stevens) imagines that he is being pursued by a haunting caped figure. As this nightmarish chase continues, Josh suspects the monster was involved in his wife's deadly car accident. It isn't long before Josh wonders if the pursuer is actually an otherworldly messenger sent to warn Josh of his own fate in this scary creep-fest from writer-director Rick L. Winters.