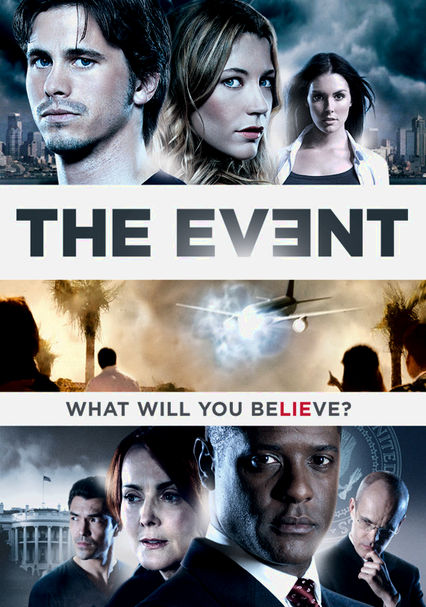 2010 TV-14 1 season
Everyman Sean Walker finds himself drawn into a conspiracy of global implications when his girlfriend goes missing during an ocean cruise. Evidence of extraterrestrial life on earth comes to light, and Sean must race to save the love of his life.

In Season 1, average guy Sean Walker launches a search for his missing fiancée and stumbles upon a conspiracy that stretches to the U.S. President and beyond. As Walker closes in on the truth, he learns the cover-up could threaten the human race.

Parents need to know that this conspiracy thriller has all the elements of an exciting suspense yarn -- including high-stress chase scenes, shootouts, secret government agencies, and unexplainable events. Expect flirting, kissing, and regular social drinking (sometimes to the point of tipsiness), as well as some intense action scenes and weapons use that might be too violent for younger viewers. Even viewers who are old enough to handle the content may be challenged by the plot, which jumps around in time and presents plenty of conflict without many explanations.

Heavy flirting, with some embracing and kissing.

Characters draw their guns in tense situations and sometimes end up in intense firefights. Some people are shot to death, and bodies are later shown in pools of blood. The show seems to race from one intense scene of conflict to another, with lots of amped-up stress. Even when there's no fighting, it seems to loom heavily over the moment.

Not everything is what it seems in this thriller, when new friends might have a hidden agenda and even trusted family members might be involved in a conspiracy. And the government certainly can't be trusted to tell the whole truth, though that might be because there are some shadowy agencies that answer to no master and won't even tell the president the full story.

Regular social drinking, plus a few scenes in which people drink more heavily at bars (including downing shots) and later seem quite tipsy.