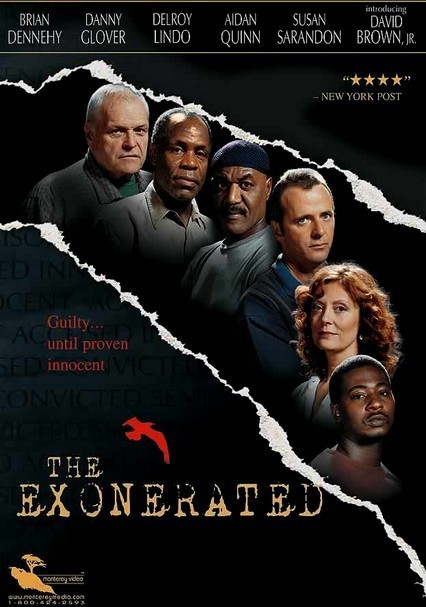 2005 NR 1h 30m DVD
Bob Balaban directs an impressive cast in Court TV's powerful drama about six people released after being wrongly convicted and sent to death row. Susan Sarandon, Danny Glover, Brian Dennehy, Delroy Lindo, Aidan Quinn and David Brown Jr. take the stage (which is left bare, to focus attention on the harrowing true stories) as the inmates, relating the horrors they had to ordeal before being set free -- and the challenges they faced afterward.