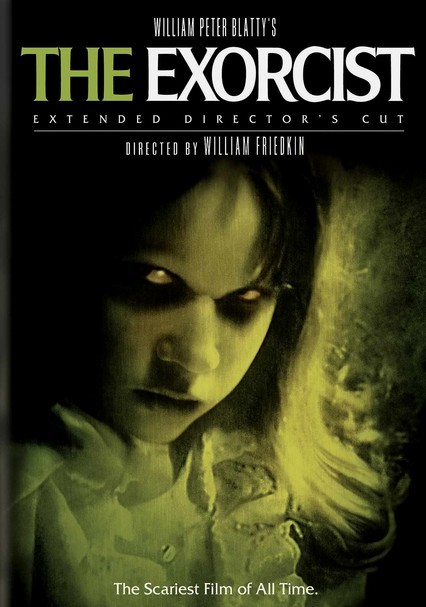 1973 R 2h 12m DVD
The revised version of this horror classic adds a remastered soundtrack and 10 minutes of footage, including a modified ending. When Chris MacNeil (Ellen Burstyn) suspects an evil spirit is possessing her young daughter (Linda Blair), she calls in two priests (Max von Sydow and Jason Miller) to rid of the demon. Writer William Peter Blatty scored an Academy Award for his big-screen adaptation of his own novel.