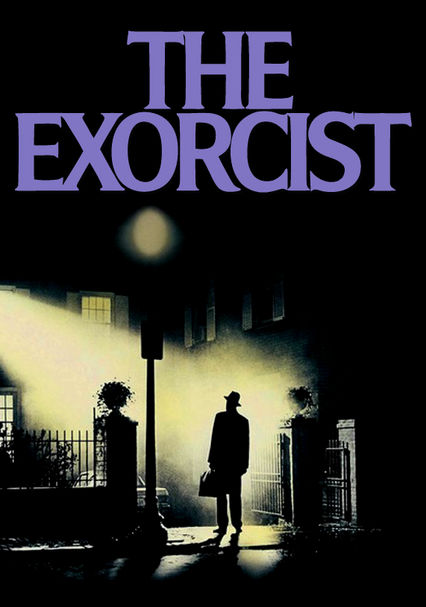 1973 R 2h 1m DVD
When movie actress Chris MacNeil (Ellen Burstyn) begins to suspect that an evil spirit is possessing her young daughter, Regan (Linda Blair), she calls in two priests (Max von Sydow and Jason Miller) to try and exorcise the demon against frightening and formidable odds. Writer William Peter Blatty scored an Academy Award for his big-screen adaptation of his own novel; the film also won an Oscar for Best Sound.

Parents need to know that this is a mature horror film, not aimed at (or paced for) kids. No rock-music soundtracks or look-out-the-killer-is-behind-you scares, but rather an awful sense of corruption as demonic possession takes over an adolescent girl like a loathsome progressive disease. The infamous makeup effects of projectile vomiting and blood, blaspheming, and gutturally obscene language were meant to disturb the viewer as nothing before seen in movies, and they still convey solid shocks.

Nothing seductive or titillating, but still intense, as the possessed girl lewdly propositions men, talks about oral sex, and is briefly shown rubbing a crucifix in her groin.

The demonic Regan punches her mother and other investigators and (offscreen) brutally murders a man. She also mutilates herself, vomits blood, and in a famous moment, rotates her own head completely around. Another character falls fatally out a window and down a flight of steps.

A little girl taken over by the devil doesn't hold back much in the cursing department.

Technically the plot is about the redemption of the doubting Father Karras, who sacrifices himself to save a life, but it's the sense of evil in the film that stays with you. The "good" characters seem bewildered and powerless. Regan's mother refuses to even tell the girl's father what's been happening.

Social imbibing, and a character is drunk at a party. Mention of pills and pot.