The Extra Girl / The Gusher 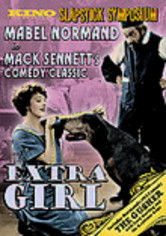 The Extra Girl / The Gusher

1913 NR 1h 22m DVD
The silent-era slapstick comedy The Extra Girl, written by the legendary Mack Sennett, follows the madcap journey of Sue Graham (Mabel Normand), a small-town girl who, thanks to a case of mistaken identity, heads off to Hollywood in search of a life less ordinary. Also included is a 1913 short film, "The Gusher," which centers on a con man in the oil business who tries to take advantage of some unsuspecting country folk -- with hilarious results.