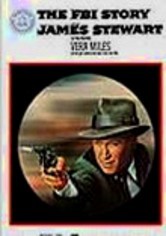 1959 NR 2h 29m DVD
Directed by Hollywood legend Mervyn LeRoy, this riveting drama tells the story of the FBI by tracing the career of agent Chip Hardesty (James Stewart) from 1924 to 1959. Hardesty battles the Ku Klux Klan; famous gangsters such as Baby Face Nelson, Ma Barker and John Dillinger; and an assortment of Nazis, communists and terrorists. Doubtful about his career at first, the veteran agent's wife, Lucy (Vera Miles), ultimately embraces the bureau.