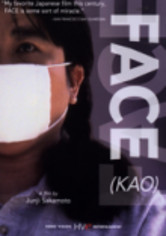 2000 NR 2h 3m DVD
Japanese stage actress Naomi Fujiyama gives a tour-de-force performance as a virginal, socially awkward seamstress who survives the string of tragic events that befall her family to embark on an oddly liberating odyssey through provincial Japan, in which she encounters a gallery of memorable characters. Award-winning director Junji Sakamoto's darkly comic tale is a gripping portrait of an unexpected heroine.