The Fairy Tales of the Brothers Grimm: The Frog King / The Meaning of Fear 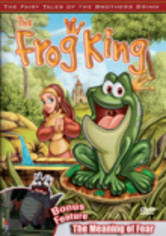 The Fairy Tales of the Brothers Grimm: The Frog King / The Meaning of Fear

2005 NR 0h 50m DVD
Based on ancient German folklore, the fairy tales created by Jakob and Wilhelm Grimm have become ageless bedtime favorites because of their magical ability to transport children into the world of the imagination. In this animated adaptation of the brothers' "The Frog King," an enterprising croaker who lives at the bottom of a well makes a deal with a beautiful princess. Includes the bonus feature "The Meaning of Fear."