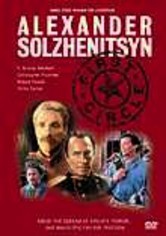 1991 NR 3h 9m DVD
Adapted from Aleksandr Solzhenitsyn's titular novel of the same name, this movie is a harrowing drama that was based on the author's own experience in a Russian prison camp (for dissident scientists) after World War II. First Circle paints a vivid portrait of Russia during this tumultuous period via a shrewdly observed, acerbic and darkly comic vision of a society gone horribly wrong.